Home > What is Kinesiology

“Grounded in Science, Spiritual in Essence, Energetic by Nature”

– a holistic combination of eastern philosophies and western science

Kinesiology is a unique holistic health care system, a non-invasive bio-energetic healing science, grounded in the study of anatomy and physiology, using ‘muscle testing’ as a primary tool to obtain bio-feedback and body awareness that can help to reduce stress and pain, improve performance at school, work and home, in sports, in relationships, and promotes health and wellbeing. Kinesiology helps one access the inner knowing and find again the power of choice in one’s life. 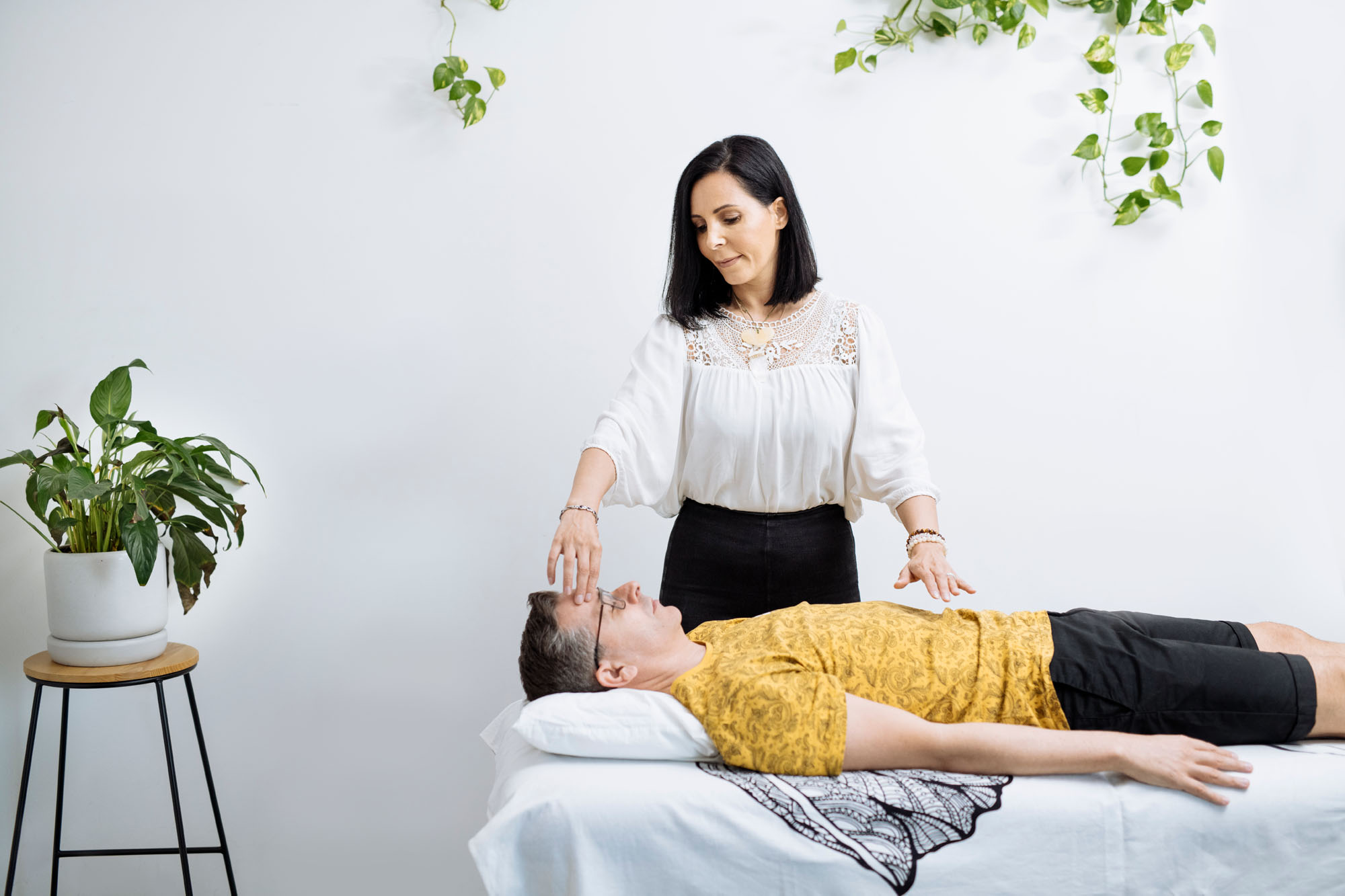 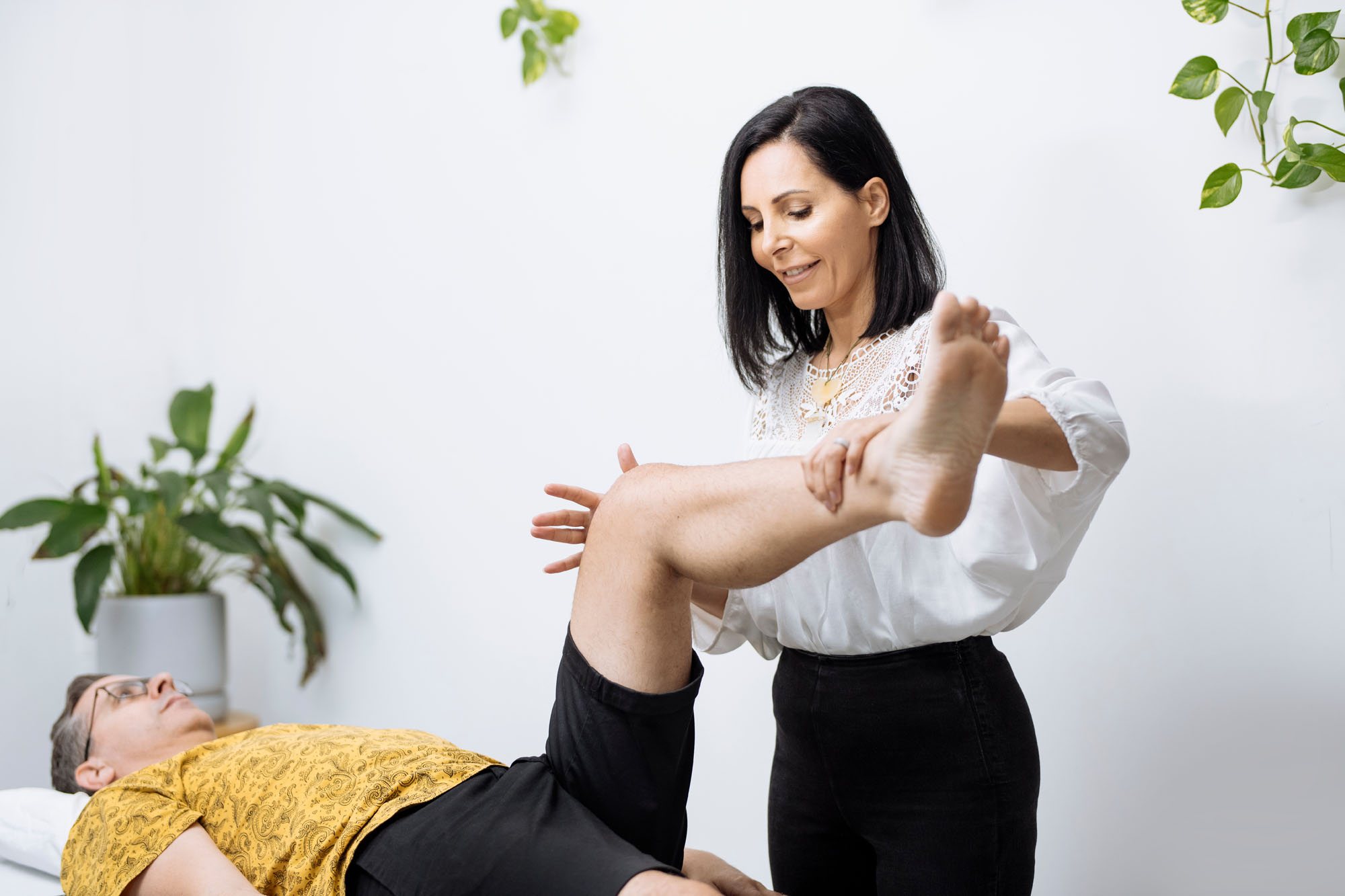 We live in a world today that causes intense undue stresses on our mind and body, whether it’s environmental causes, nutritional causes or psychological causes and at a subtle level, we already are aware of what is needed to facilitate our own body’s innate healing and restore balance, health and wellbeing to neurological and physiological function. What Kinesiology is able to do, is access that information in order to assist the natural healing process and create profound changes experienced emotionally, mentally and physically. When our mind and body is functioning well, we are able to achieve anything we put our mind to. 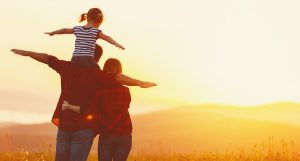 Kinesiology looks beyond symptoms and does not treat named diseases nor does it diagnose them. Kinesiology primary concerned is to look for imbalances in the body’s energy, ‘blockages’, which has interrupted the flows causing injury, emotional trauma, nutritional or other unresolved stress to the whole being. It recognises the flows of energy relate to not just the muscles but to every organ, gland and meridian system that make the body a living, feeling being. The exact nature of the energy blockage scan be evaluated by ‘muscle testing’, which reflect the body’s overall state of structural, chemical, emotional, energetic and spiritual balance. Simple corrections like acupressure massage or light touch are applied to the neuro-vascular, neuro-lymphatic and neuro-emotional points of the body to restore muscle balance, which has a flow-on effect into total body energy. In this way Kinesiology taps into energies that the more conventional modalities overlook.

What happens when our life force energy (chi) is blocked?… well, it can cause a number of symptoms such as fatigue, poor immunity, aches and pains, headaches, allergies, nutritional deficiencies, hormone imbalances, emotional stress and much more. When someone is under stress there is often electrical ‘scrambling’ in the body which can cause neurological disorganisation, we call this ‘switching’ in Kinesiology. This causes electrical dysfunction with polarity imbalances, and for the brain to communicate and coordinate clearly with the body, the neurological switching needs to be restored and balanced.

Kinesiology can assess your nutritional status, including food intolerances, vitamin and mineral deficiencies, and other chemical sensitivities. Ultimately, we are what we eat and how we utilise our nutrition. Kinesiology can help determine what works best for you.

Holistically, Kinesiology look at the whole being to restore equilibrium by balancing all three aspects of the triangle of health:

Kinesiology also balances the energetic body which connects us to everything: 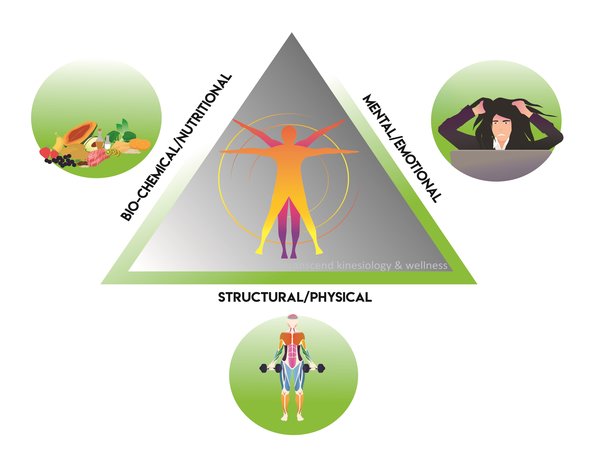 Individual health care modalities concentrate only on one side of the triangle which can cause an unhealthy tip of the scales creating imbalance. When the triangle is equilateral, all sides are in perfect balance and working together to restore life energy and vibrant health.

Kinesiology primary concern is to look for imbalances in the body’s energy. Kinesiology does not treat named diseases nor diagnose them. Kinesiology looks beyond the symptoms and works to address the causes of the problem.

Kinesiology does not interfere with faith or religious beliefs – it works within the realm of one’s belief systems.

Kinesiology does not make assumptions or predictions.

“Kinesiology is an alternative & holistic health modality that has no limit s to what it can assist with and will always help you move beyond your limits to improve the quality of your life.”

AREAS OF LIFE KINESIOLOGY CAN HELP WITH

Kinesiology is not limited to certain ailments and can help a wide range of health issues.

What is muscle testing?

Muscle testing is about co-operation rather than competition. It is about discovering imbalances and not playing a game of ‘I win, you lose’!

Muscle testing is a natural communication tool using neurological feedback via message pathways to and from the brain to the body. When under stress the body shows imbalances in the muscles and the body’s energy system which is responsible for assisting in the regulation of our entire body function including our learning, thoughts and emotions. Every cell in our body is affected by this stressful state.

Muscle testing responses can indicate stresses built up in the muscle directly or in its associated organ, gland or meridian system. If stress builds up in the nervous system, it will have an effect on the strength of the muscles. 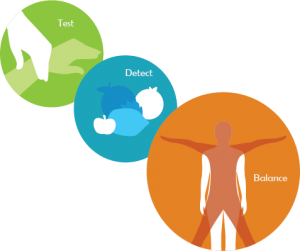 By doing this we are able to access memories, information about physical, emotional, mental and energetic states, and also determines direct muscle tension.

This helps the kinesiologist gain insight into various aspects related to the goal or issues specific to best reinstate to the body’s balance.

“Transcend Kinesiology helps you to find the emotional stress triggers for a specific problem and brings them to your awareness!”

How muscle testing is performed?

To perform a muscle test, the client could be standing, sitting or lying down, usually involving a limb, it is comfortably positioned in either a state of extension or contraction. Slight pressure is then applied to this muscle by the practitioner. Let’s take the anterior deltoid of the arm, it is held straight out at a 40° angle to the body, palm facing down. The Kinesiologist stabilises the shoulder while the muscle is held in a contracted state and applies pressure against the forearm, matching the pressure of the client, to move it parallel to the body. If the muscle ‘locks’ (holds firm, like putting your foot on the brake), this indicates that the muscle is active and strong and not holding stress, or ‘unlocks’ (go mushy, like putting your foot on the clutch of a car), indicating the muscle is weak and under stress needing to be reactivated and strengthened.  For example, if the client thinks about a stress in their life e.g. their weight, and the muscle goes weak (unlocks), that would indicate a stress response to the subject of their weight and therefore needs to be rebalanced. If the client thinks about something they love and makes them happy in their life, the muscle will test strong (locks) and indicates a positive reaction to their bio-system.

A Kinesiologist uses this knowledge to find the energetic stressors which need to be diffused. If you are in a situation in your life where you cannot avoid these everyday stresses, then a Kinesiologist can help your nervous system not to react in the usual manner that it does (e.g. fear, anger, anxiety, panic, frustration,  sweating, blushing, etc), but to stay calm and balanced. As a result of releasing these stresses and providing the system with a new way of coping, your health and healing will have improved. 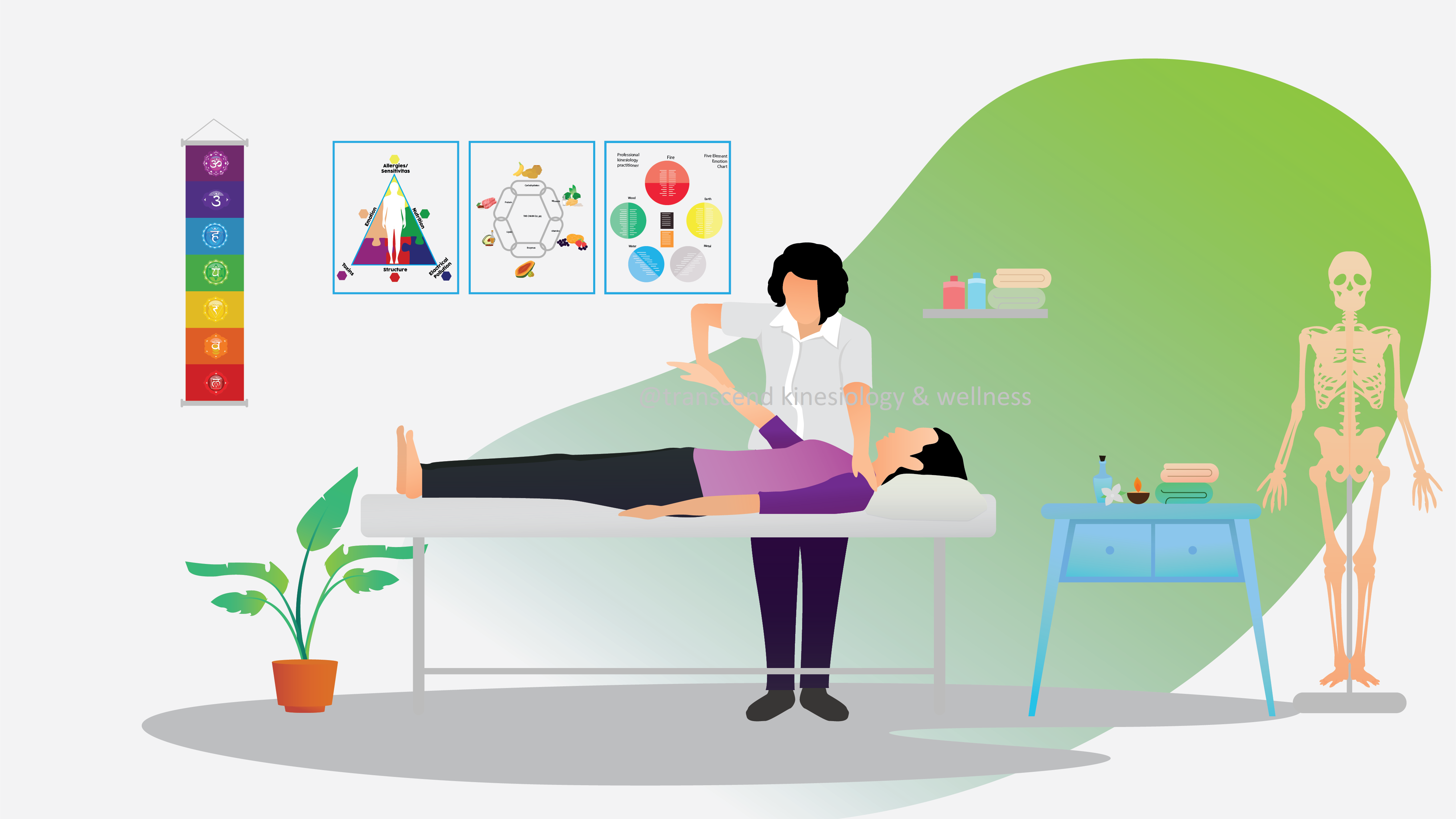 In 1970’s, his pupil Dr. John Thie, was able to simplify his approach and developed Touch for Health (TFH). TFH is a simple Kinesiology technique that was designed so that the lay-person could learn to keep her/himself healthy and take responsibility for their own health and wellbeing.

Gordon Stokes officially created the Three in One Concepts in 1976, and in 1983 with his partners, Daniel Whiteside and Candace Callaway infused the One Brain method to identify the fused blockages that keep us locked into our reactive behavioral patterns, and to defuse the associated emotional stress through the integration of Body, Mind and Spirit. They were more interested in emotions than muscles.

In early 1080’s, Dr. Paul Dennison, founder of Educational Kinesiology and Brain Gym®, had an educational background and explored the possibilities of using Kinesiology to enhance ‘learning through movement’ which offered a dynamic way of re-educating the mind/body system to use more of its optimum potential in everyday life.

Dr Karl Ferreri, a Chiropractor, developed Neural Organization Therapy (NOT) in the 1980’s. He was very interested in survival reflexes and ways in which the body responds to threatening situations and developed N.O.T. to deal with ongoing trauma/survival states and reset the neurology of the central nervous system.

Dr Bruce Dewe, an international lecturer who has been a Medical Doctor for 50 years went seeking alternative answers and in 1977 he was exposed to Applied Kinesiology then TFH. His love of research resulted in the Sound Balance, a new concept called Goal Balancing. His love of psychology resulted in the 5-Element Emotions chart (1982) tongue muscle (reactive patterns) and the Amygdala Emotions chart (1988). From Dr. Beardall’s 4 basic fingermodes, Bruce ‘dreamed’ of a database on his hand that functioned as a universal tactile language with over 300 finger modes today.

Do you have a question about Kinesiology? Want to write a testimonial about your experience?  Please submit via the general enquiry form and I’ll get back to you as soon as possible.

I am test text for Image with text shortcode.